We are processing your payment information... 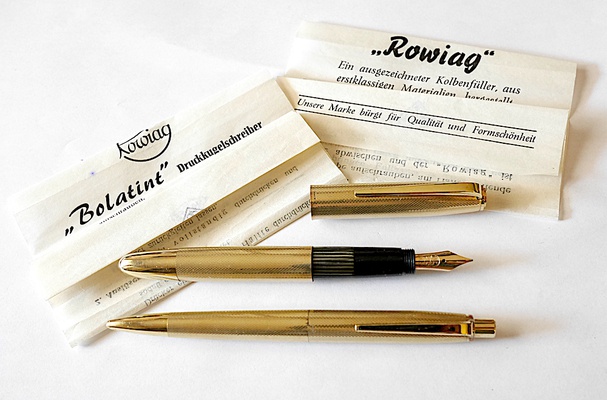 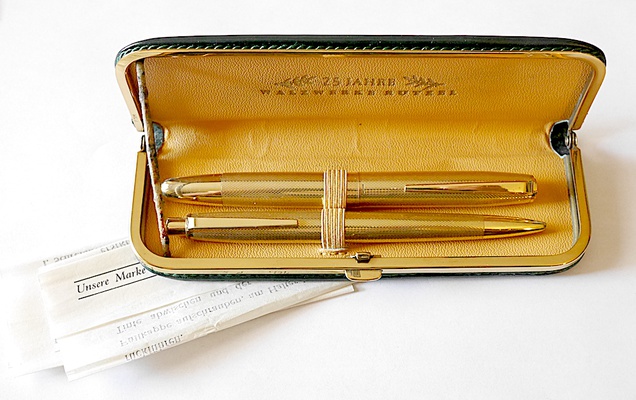 I like to think that I know something about German pens in general, but this is a new one on me. Apparently it was made by the firm of Rodi & Weinbereger who seem mostly to have made costume jewelry out of Pforzheim.

There is no date on this set but the style is of the 1950s and the presence of a ballpoint points to later in the decade.

The quality of the set is surprisingly good. It is about the size and shape of a Montblanc 144 or a Pelikan 520, although not quite of the same quality. It is a twist, rather than a true piston filler. The metalwork is absolutely first rate, as good as MB or Pelikan but at less than half the price. The 14 Karat nib was made by Bock.

This pen does not appear to have seen ink. The ballpoint has what looks to be an original Schneider cartridge. It seems to have dried out. I can provide a new refill if desired. (OT4701)

* other nib options available, fill in request during check-out